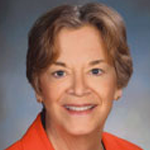 Linda Hudson is a native of Fort Pierce, Florida. She graduated from Indian River Junior College (now State College) and continued her studies at the University of Florida where she received a B.A. in English and History. She spent 25 years in Chicago, Illinois as an association executive, initially with the American Medical Association. She retired in 1992 as a Vice President for the Illinois State Medical Society. After returning to Fort Pierce, Mayor Hudson became a member of the Downtown Farmers’ Market of Fort Pierce Board, serving as Board Secretary, and also as Chairman for four years. Mayor Hudson is a genealogy library volunteer, a member of the St. Lucie County Library Advisory Board, and most recently served as the President of the Treasure Coast Genealogical Society. Mayor Hudson was appointed to the first Citizens Budget Advisory Committee of the City of Fort Pierce in 2010 and reappointed in 2011. In both years, she served as Secretary for the Committee, which studied and made recommendations for the budgets for the City of Fort Pierce and the Fort Pierce Utilities Authority. She was elected Mayor of Fort Pierce in November of 2012 for a four year term, the first female to be elected Mayor of the City of Fort Pierce.