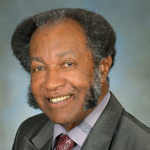 Charlie Frank Matthews was born in Brooksville, Florida, has resided in Fort Pierce, Florida since 1962, and graduated from Lincoln Park Academy the following year in 1963. Mr. Matthews comes from a background that has carried him to forty-six states of the United States. Mr. Matthews has served on more than seventeen boards and committees. He is a high-profile leader who matriculated at Saint Augustine College in North Carolina, majoring in Business and Economics. Mr. Matthews has two distinct retirements, one in Banking with Bank of America and the other one in retail with twenty-five years of service with Walmart. He has received over three hundred service awards with distinction during his professional career: The Outstanding Citizen of the Year, Most Active Citizen in the News, Outstanding Congressional Achievement Award, and Who’s Who of the South, to name a few. These awards and achievements stem from his years of dedication and involvement in the area of Civil Rights, Civil Liberties, and Political and Voting Rights. Mr. Matthews presently serves as Chairman of the City of Fort Pierce Community Redevelopment Board and President of the Lincoln Park Recreation Board. He is the Past President of the Saint Lucie County NAACP serving longer than any other President.